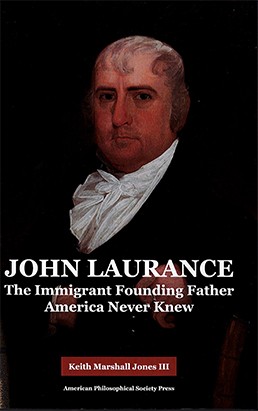 Keith Marshall Jones III is a direct descendant of Supreme Court Chief Justice John Marshall. He is the author of Congress As My Government (2008), the definitive account of Marshall’s military service in the War for Independence; Farmers Against the Crown (2002, 2014); and The Farms of Farmingville (2001). His 2017 article “John Laurance and the Role of Military Justice at Valley Forge” in Pennsylvania Magazine of History and Biography introduced the forgotten immigrant New York lawyer to scholars and period history buffs.