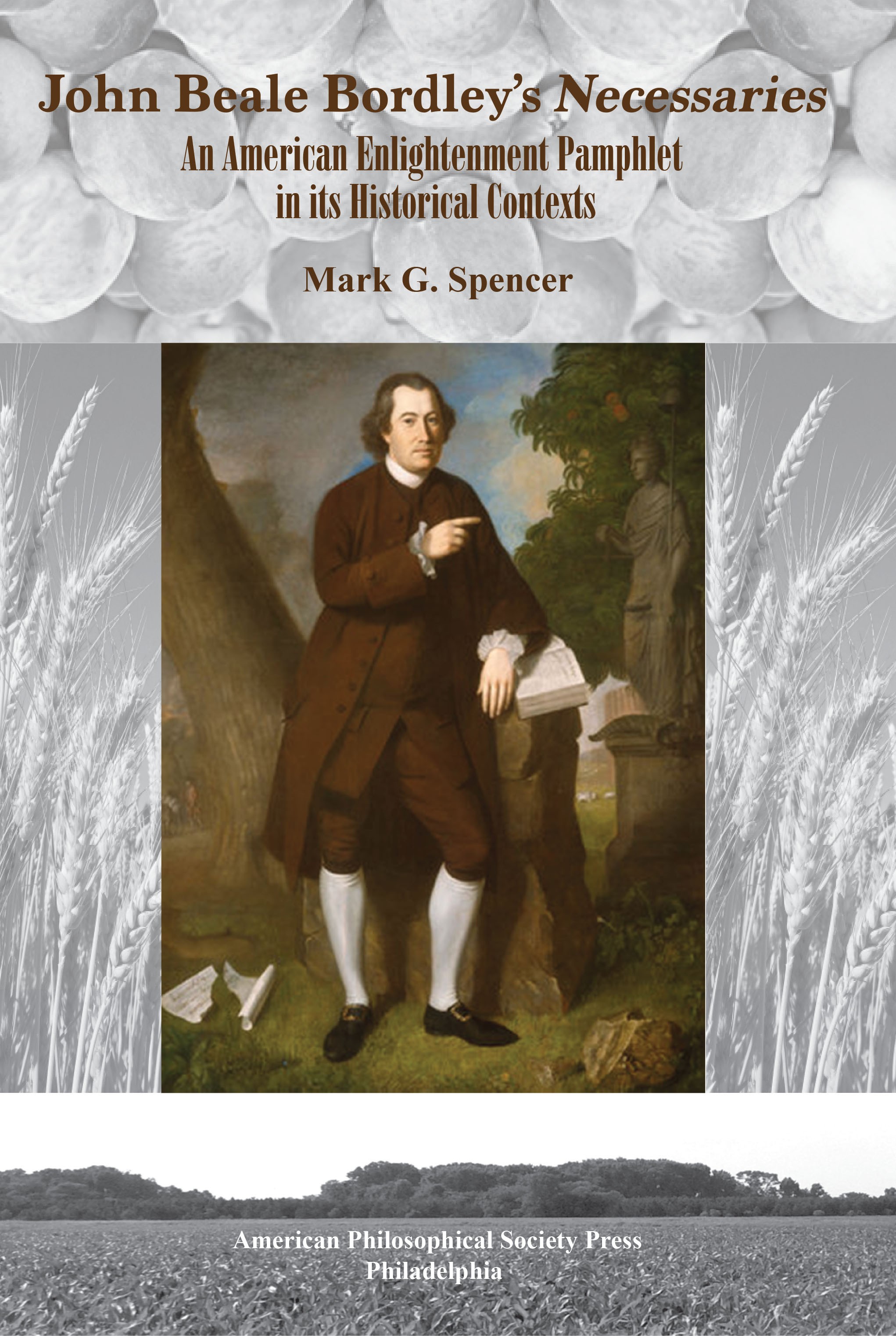 John Beale Bordley (1727–1804) first had Necessaries printed in 1776 as a seventeen-page pamphlet. More than twenty years later, in 1799, he revised his work and reprinted it as a chapter in Essays and Notes on Husbandry and Rural Affairs—a handsome volume of thirty-two chapters, complete with plates and illustrations, comprising more than 600 pages. Necessaries published a third time in 1801, when Essays and Notes saw a corrected and expanded—to thirty-nine chapters—edition, as the author neared the end of his life. With its history spanning Colonial, Revolutionary, and early national America, Bordley’s work provides an advantageous window from which to view some of early America’s central debates as they played out on the ground. That Necessaries has been much neglected by modern scholars until now is unfortunate. It is an intrinsically interesting pamphlet. Uncovering its historical contexts enriches our understanding of it as well as of its author and his enlightened, revolutionary, and increasingly republican times.

Mark G. Spencer is Professor of History at Brock University, Ontario, with concentrations in the history of ideas in the eighteenth-century British Atlantic world, particularly the American Enlightenment and American Revolution. He is a Fellow of the Royal Historical Society (FRHistS) and of the Society of Antiquaries of Scotland (FSA Scot). In addition to this publication, Dr. Spencer is the author of David Hume and Eighteenth-Century America (published in 2005 and reprinted 2010), based on his award-winning PhD (2001) dissertation. The latter received a Governor General’s Gold Medal (The University of Western Ontario) and The John Bullen Prize (Canadian Historical Association). His many edited volumes include Hume’s Reception in Early America: Expanded Edition (2017) and The Bloomsbury Encyclopedia of the American Enlightenment (2015), for which he was editor-in-chief.