James Logan's "The Duties of Man As They May Be Deduced from Nature": An Analysis of the Unpublished Manuscript 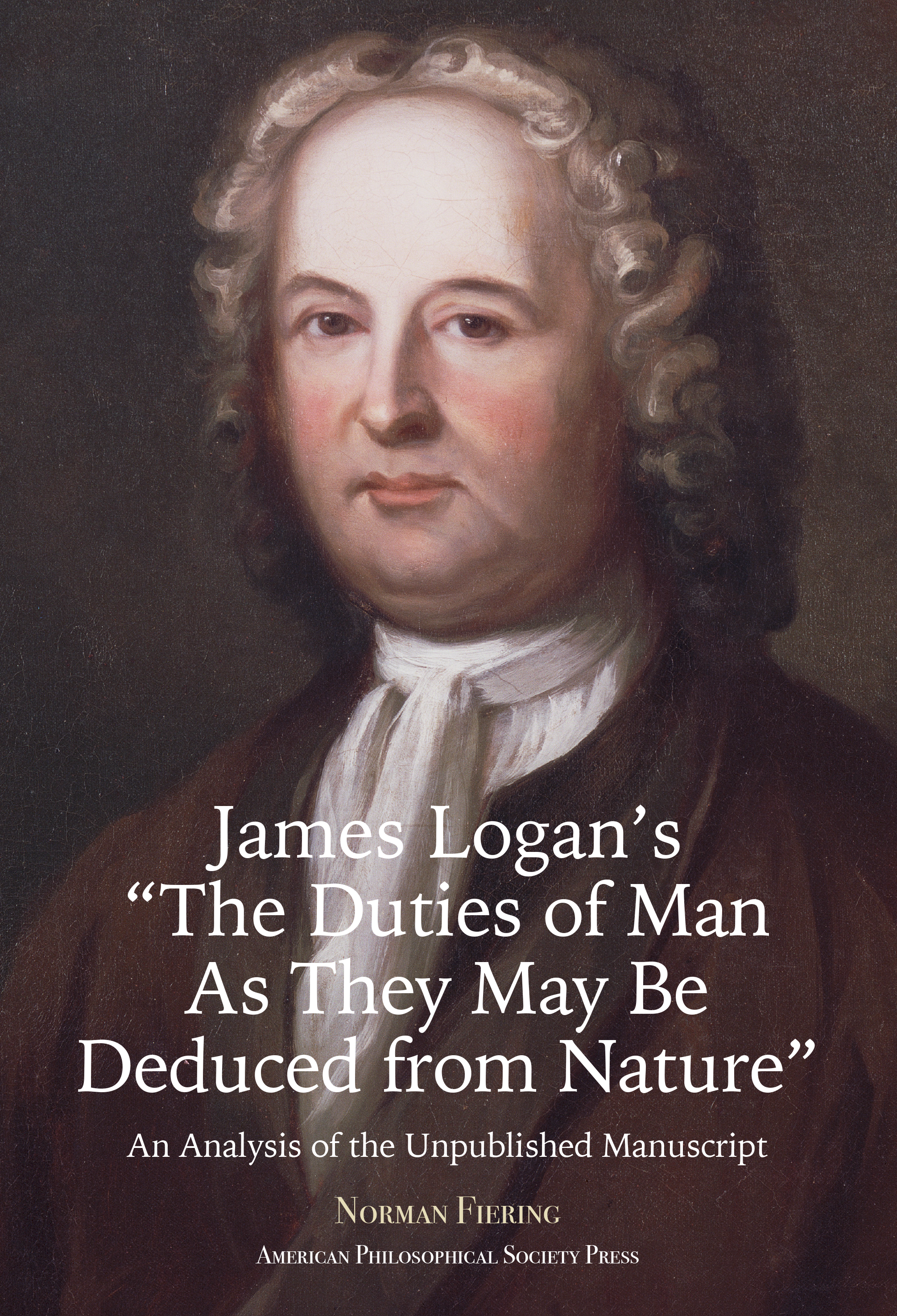 James Logan (1674–1751) of Philadelphia was a luminary with few equals in British America in the first half of the eighteenth century. His passion for learning is exemplified in the scholar’s library he amassed of nearly 3,000 titles, which had no match in the colonies. He wrote and published on botanical science and optics in European journals and was an accomplished mathematician and astronomer. His mastery of languages ancient and modern enabled him to keep up with intellectual developments in Britain and the Continent. At the same time, as the representative of the Penn family in the colony, coming to America when he was twenty-five, he was enmeshed in Pennsylvania politics, holding several major positions, including Chief Justice, and along the way he made a fortune by investing in the fur trade.

It was perhaps to be expected that in 1734 he turned his creative drive to moral philosophy, the discipline in which were located the most engrossing and urgent issues of the day, culminating in the classic works of figures like David Hume, Adam Smith, and Immanuel Kant. Logan aimed to write a publishable treatise on the subject and compiled six or seven chapters of varying sophistication, but in the end the challenges were too great, and this ambition survived only in a manuscript—“The Duties of Man As They May Be Deduced from Nature”—which until about 1969 was assumed to be hopelessly dispersed in the archives of the Historical Society of Pennsylvania or altogether lost. In this analysis, Norman Fiering gives Logan’s effort new life.

Norman Fiering is the author of two books on moral philosophy in early British America, Moral Philosophy at Harvard in the Seventeenth Century: A Discipline in Transition and Jonathan Edwards’s Moral Thought and Its British Context. This essay on Logan’s manuscript amplifies the picture drawn in those two earlier books.