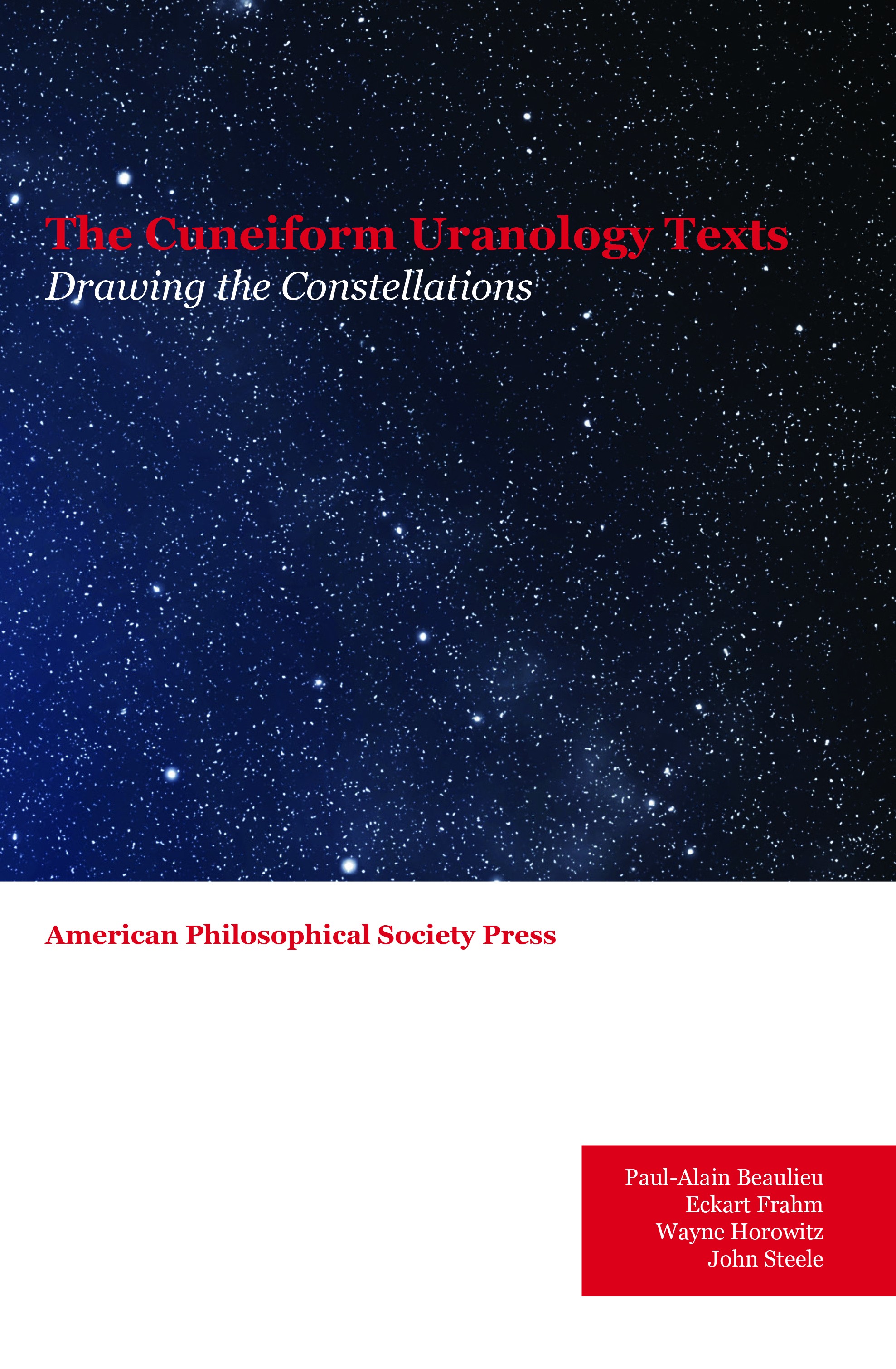 In 1927, Ernst Weidner published an article in Archiv für Orientforschung (vol. 4, pp. 73-85) that presented a most interesting tablet from Assur in Neo-Assyrian script, describing how to draw a number of the Mesopotamian constellations. For most of the 20th century this remained a unique member of the cuneiform corpus. In the 1990s, working independently, Paul-Alain Beaulieu identified three more exemplars of the same type of text in the tablet collections of Yale University, and Wayne Horowitz identified another exemplar at The British Museum, thus giving us a group of five tablets of the type published by Weidner. John Britton, who knew of Beaulieu’s work on the Yale exemplars, met with Dr. Horowitz in 2005. The result was to be a joint publication of the group. John Steele agreed to take the place of John Britton as the project’s astronomical expert after Britton’s untimely death and Eckart Frahm of Yale University later joined the author collaboration.

The Cuneiform Uranology Texts: Drawing the Constellations presents a newly recovered group of cuneiform texts from first millennium Babylonia and Assyria that provide prose descriptions of the drawing (eṣēru) of Mesopotamian constellations. The constellations are described in terms of their parts: body parts for constellations in human or animal form, parts of a wagon for ‘The Wagon’ and ‘Wagon of Heaven’ (the Big and Little Dipper), and so forth. The descriptions also typically speak of the clothing that constellations in human form wear, their beards if they are male, and paraphernalia that they hold or carry. In the case of ‘The Crab’ and ‘The Wagon,’ there also is reference to the Babylonian geometric shape apsamakku, this being a four-sided figure.