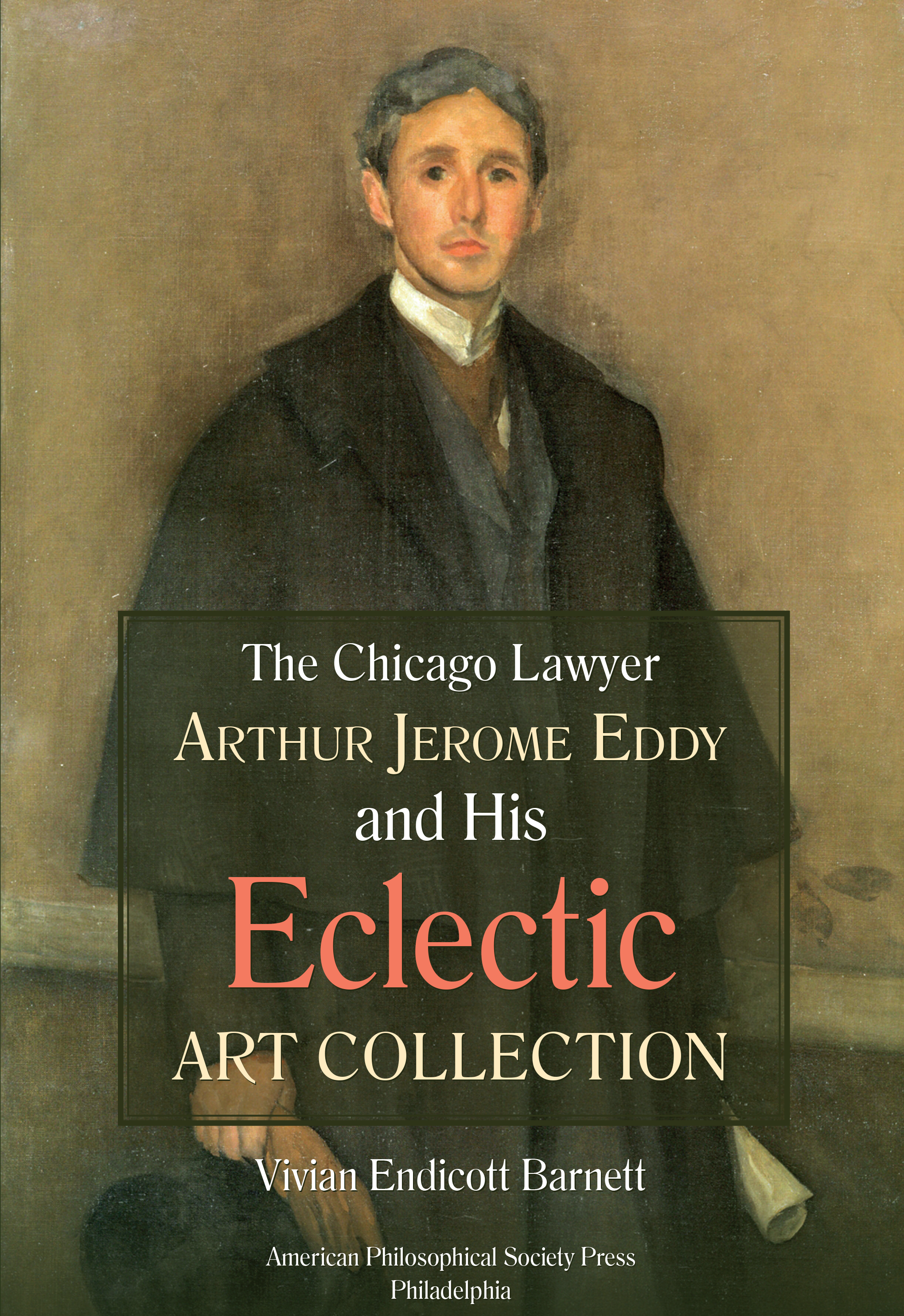 Arthur Jerome Eddy, the Chicago lawyer, author, and art collector, was a legend in his lifetime (1859–1920). Among other accomplishments, he was the first person to buy radically modern paintings by Marcel Duchamp and Francis Picabia at the 1913 Armory Show (also known as the International Exhibition of Modern Art), the first American collector to purchase works by Vasily Kandinsky and Paul Klee, and arguably the first person to write a book about modern art in the United States. Eddy was a corporation lawyer by profession and a partner in prominent Chicago law firms. He was instrumental in organizing American Steel Foundries, American Linseed Oil, National Carbon, and National Turbine, among other large corporations. He published his opinions on tariffs, bonds, trusts, and monopolies. Students of law and business are familiar with his books The Law of Combinations (1901) and The New Competition (1912). Nevertheless, a century later, Eddy is best known as a collector of modern art. Twenty years before the Armory Show took place, Eddy had begun to collect art. At the time of his death in 1920, he owned more than 250 works—and not all were modern. In fact, his collecting was extremely eclectic or, as he expressed it, “catholic in taste.” How he began to collect, when and from whom he bought art, which artists he favored, and why he acquired certain works and not others are questions that must be explored in order to solve the mysteries of Eddy’s collection.

Vivian Endicott Barnett is an American independent art historian and curator. She is the author of four volumes of the Kandinsky catalogue raisonné sponsored by the Société Kandinsky in Paris as well as the final addendum published in 2015 by the Städtische Galerie im Lenbachhaus in Munich. Mrs. Barnett was curator at the Solomon R. Guggenheim Museum for many years. She has published extensively on Vasily Kandinsky. She has written essays on private collectors, including Justin Thannhauser, Mies van der Rohe, Galka Scheyer, Hilla von Rebay, and Solomon and Irene Guggenheim. In addition, she organized exhibitions on Alexei Jawlensky (2017), Franz Marc and August Macke (2018), and is working on an Erich Heckel show for the Neue Galerie: Museum of German and Austrian Art in New York.