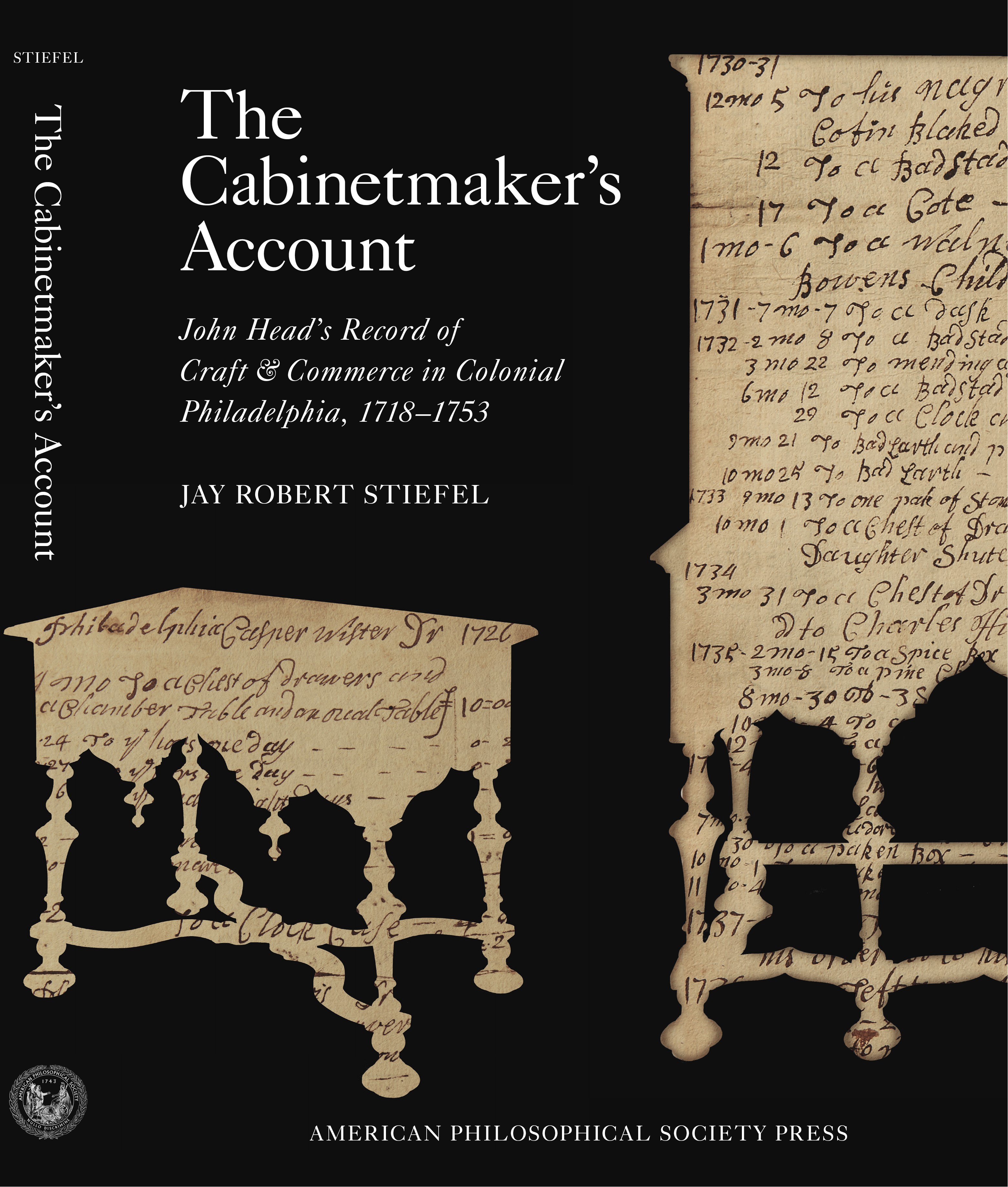 English joiner John Head (1688–1754) immigrated to Philadelphia in 1717 and became one of its most successful artisans and merchants. However, his prominence was lost to history until the author’s discovery of his account book at the Library of the American Philosophical Society. A find of great historical importance, Head’s account book is the earliest and most complete to have survived from any cabinetmaker working in British North America or in Great Britain. It chronicles the commerce, crafts, and lifestyles of early Philadelphia’s entire community: its shopkeeping, cabinetmaking, chairmaking, clockmaking, glazing, metalworking, needleworking, property development, agriculture, botany, livestock, transport, foodstuffs, drink, hardware, fabrics, furnishings, household wares, clothing, building materials, and export trade.

Jay Robert Stiefel, historian of Colonial Philadelphia society and its material culture, presents the definitive interpretation of the John Head account book and introduces many other discoveries. The culmination of nearly 20 years of research, this new volume serves as an essential reference work on 18th-century Philadelphia, its furniture and material culture, as well as an intimate and detailed social history of the interactions among that era’s most talented artisans and successful merchants. Profusely illustrated and in large format, the book includes a foreword from furniture historian Adam Bowett and an introduction by historian Patrick Spero, Librarian and Director of the American Philosophical Society Library.