It’s census season in the United States and some may be asking what exactly the census is, how it’s done, and why. On this episode, Dr. Patrick Spero talks with former Director of the United States Census Bureau Dr. Kenneth Prewitt about the history of the census, the various methods that census-takers use to count the population, and the challenges the census faces in this time of increasing political polarization.

Dr. Kenneth Prewitt is the Carnegie Professor of Public Affairs at the School of International and Public Affairs and Director of The Future of Scholarly Knowledge at Columbia University. From 1998-2001, Dr. Prewitt was the Director of the United States Census Bureau and in November 2018 he gave a talk at an APS Meeting titled, “Can the Census Be Gerrymandered?”

Stream the episode below:

The Census in the Collections 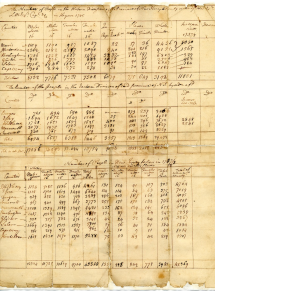 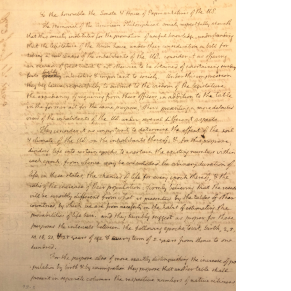 Thomas Jefferson’s Petition on the Census, 1800. 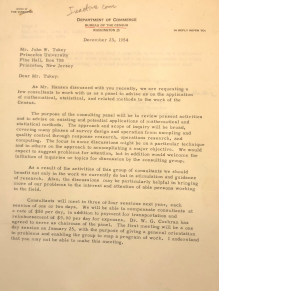 The Census in the Collections

Though not systematic, censuses were taken in the American colonies before the Revolution. This is one such example found in the Benjamin Franklin Papers that shows the population of New Jersey by county in the years 1737, 1738, and 1745. 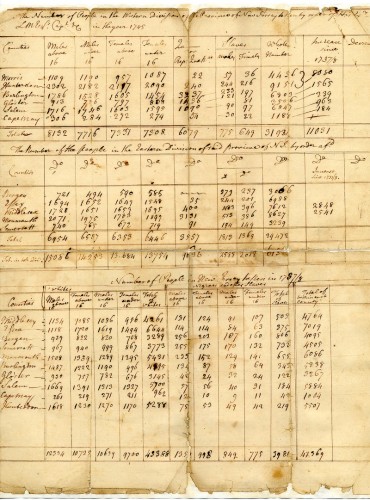 Thomas Jefferson’s Petition on the Census, 1800.

Thomas Jefferson was President of the United States at the same time as he served as President of the American Philosophical Society and in both of those roles he took great interest in the census. This petition, sent from the APS to the U.S. Congress, acknowledged the potential of the census to collect more information than raw population counts. APS Members asked the Congress to consider collecting more detailed information on ages and professions. 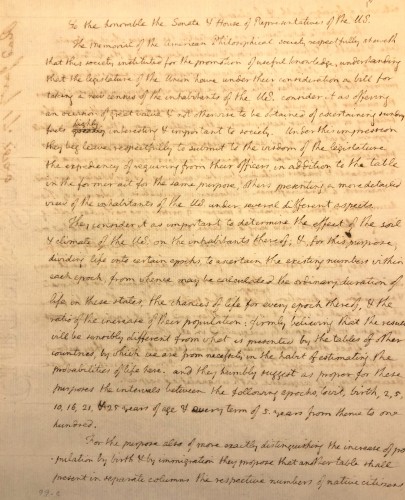 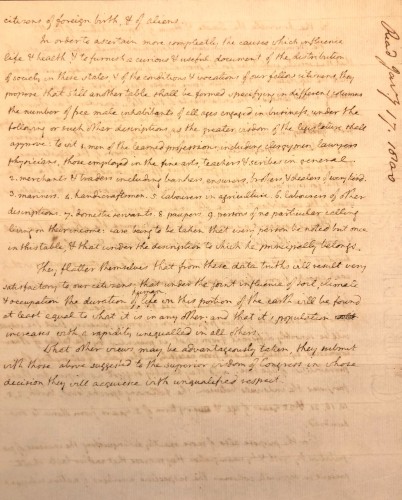 One of the most influential statisticians of the twentieth century, John Wilder Tukey (1915-2000) played a key role in both the development and study of statistics. Tukey was asked to apply his expertise to the U.S. Census and this letter from 1954 from the U.S. Census Bureau requested that Tukey recommend consultants who could “advise us on the application of mathematical, statistical, and related methods to the work of the Census.” 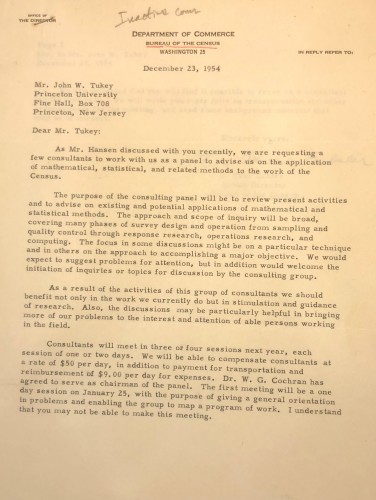 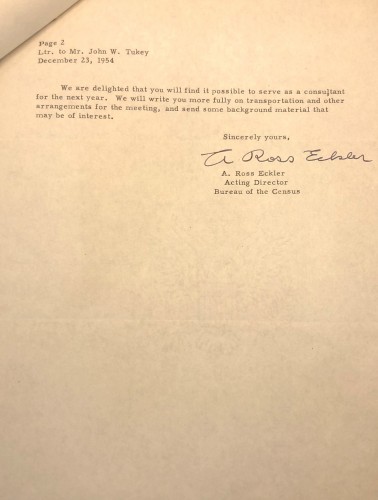