The basic design for apparently all thermonuclear devices is called the Teller-Ulam design (much about such technology is highly classified, so no one knows for sure), but who contributed what when is still a subject of debate. It is probable that Ulam came up with the idea of separating the fission explosion (used as a trigger) from the fusion explosion, Teller originating the idea that one can compress the fusion fuel with radiation before igniting it. Teller was an enthusiast for the “super” even before the atomic bomb was produced. In the eyes of physicist George Gamow, who drew the cartoon, Teller was the tortoise who was moving slowly in his theories until Ulam pulled the carrot of staged implosion out of his hat—and did so in early 1951. Teller and Ulam wrote a paper on their theory in March 1951, a paper only known to the public in redacted versions. 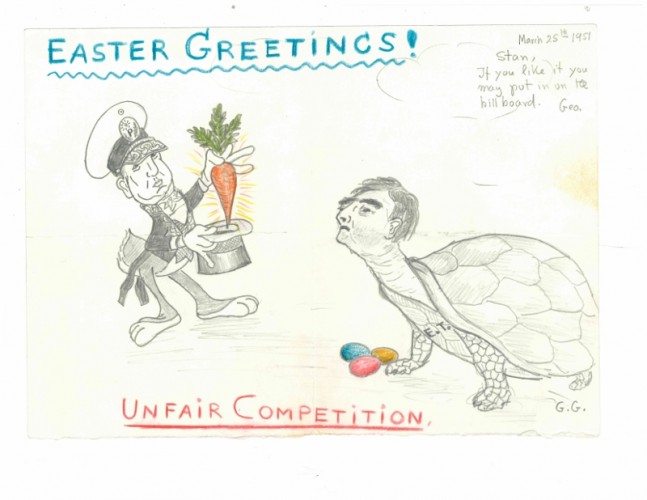