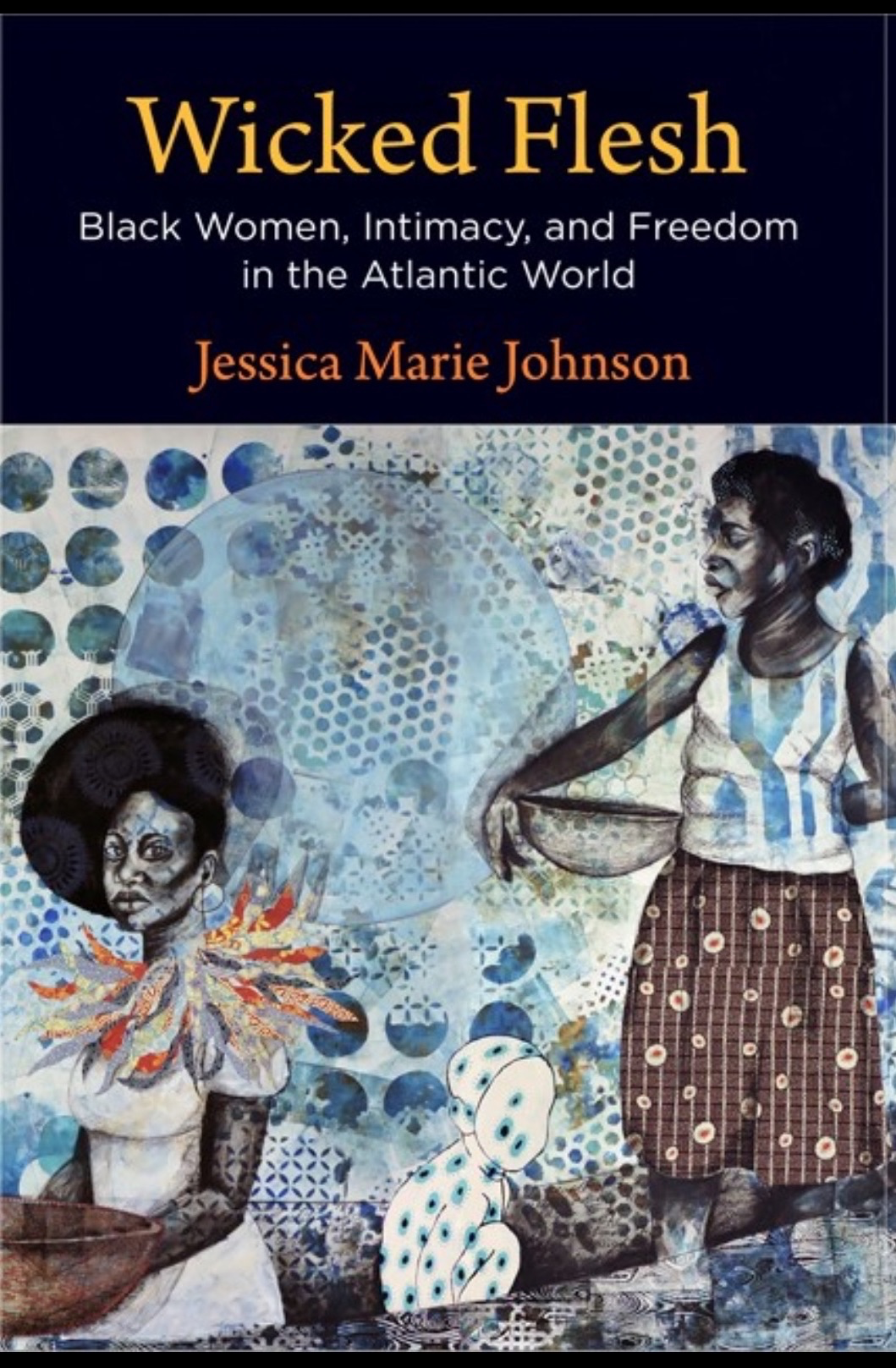 The story of freedom pivots on the choices black women made to retain control over their bodies and selves, their loved ones, and their futures.

The story of freedom and all of its ambiguities begins with intimate acts steeped in power. It is shaped by the peculiar oppressions faced by African women and women of African descent. And it pivots on the self-conscious choices black women made to retain control over their bodies and selves, their loved ones, and their futures. Slavery's rise in the Americas was institutional, carnal, and reproductive. The intimacy of bondage whet the appetites of slaveowners, traders, and colonial officials with fantasies of domination that trickled into every social relationship—husband and wife, sovereign and subject, master and laborer. Intimacy—corporeal, carnal, quotidian—tied slaves to slaveowners, women of African descent and their children to European and African men. In Wicked Flesh, Jessica Marie Johnson explores the nature of these complicated intimate and kinship ties and how they were used by black women to construct freedom in the Atlantic world.

Johnson draws on archival documents scattered in institutions across three continents, written in multiple languages and largely from the perspective of colonial officials and slave-owning men, to recreate black women's experiences from coastal Senegal to French Saint-Domingue to Spanish Cuba to the swampy outposts of the Gulf Coast. Centering New Orleans as the quintessential site for investigating black women's practices of freedom in the Atlantic world, Wicked Flesh argues that African women and women of African descent endowed free status with meaning through active, aggressive, and sometimes unsuccessful intimate and kinship practices. Their stories, in both their successes and their failures, outline a practice of freedom that laid the groundwork for the emancipation struggles of the nineteenth century and reshaped the New World.

The event will take place on Wednesday, December 1 at 1:00pm EST via Zoom. The event is free of charge, but registration is required to attend.

Jessica Marie Johnson is an Assistant Professor in the Department of History at the Johns Hopkins University. Johnson is a historian of Atlantic slavery and the Atlantic African diaspora. She is the author of Wicked Flesh: Black Women, Intimacy, and Freedom in the Atlantic World (University of Pennsylvania Press, August 2020).

She is co-editor with Lauren Tilton and David Mmimo of Debates in the Digital Humanities: Computational Humanities. She is guest editor of Slavery in the Machine, a special issue of archipelagos journal (2019) and co-editor with Dr. Mark Anthony Neal (Duke University) of Black Code: A Special Issue of the Black Scholar (2017).