Register to attend in person.

Streaming information will be available soon. 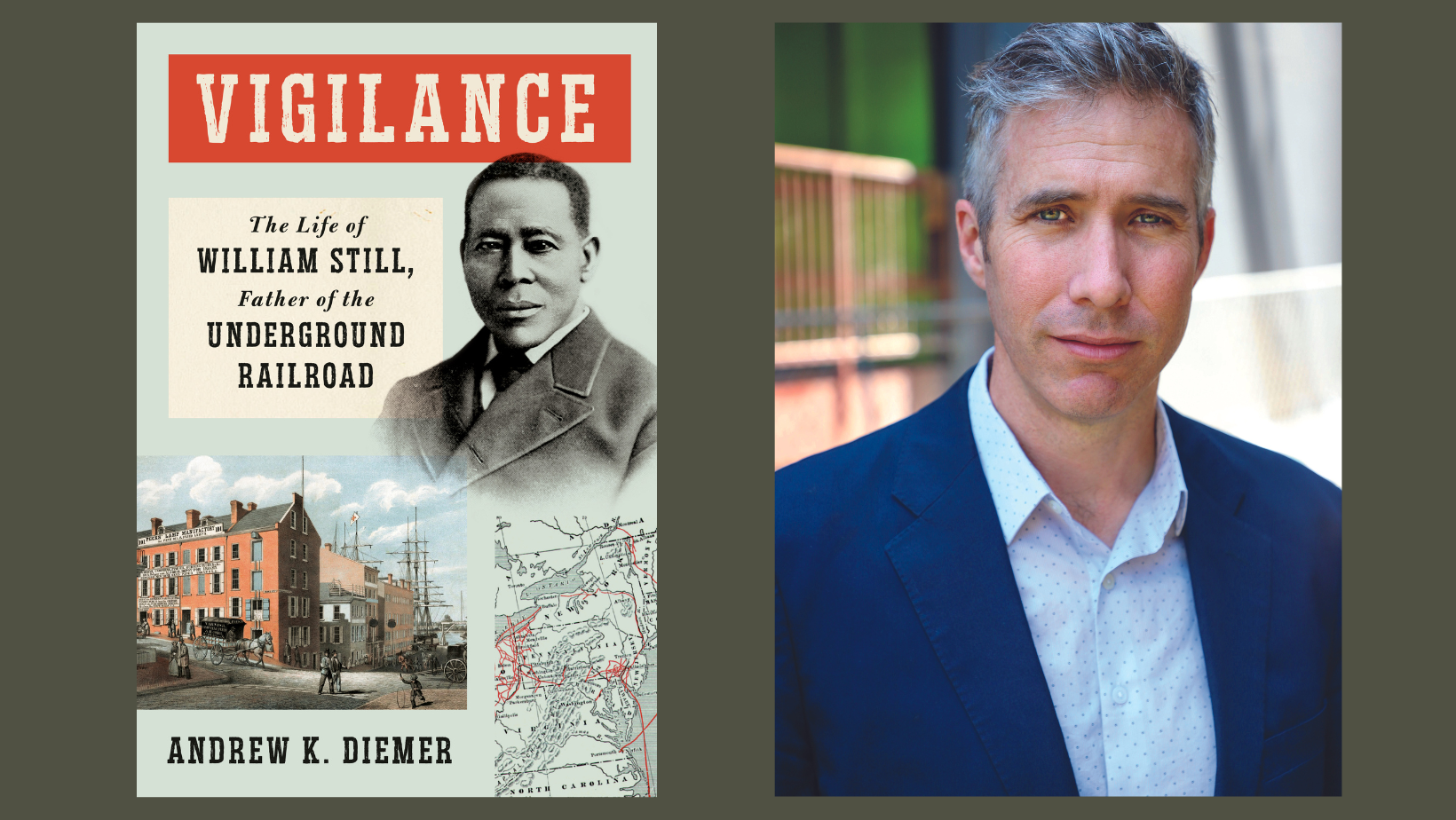 Historian Andrew Diemer will join us to discuss his new book Vigilance: The Life of William Still, Father of the Underground Railroad. It tells the remarkable and inspiring story of William Still, an abolitionist who dedicated his life to managing a critical section of the Underground Railroad in Philadelphia—the free state directly north of the Mason-Dixon Line—helping hundreds of people escape from slavery.

Born free in 1821 to two parents who had been enslaved, William Still was drawn to antislavery work from a young age. Hired as a clerk at the Anti-Slavery office in Philadelphia after teaching himself to read and write, he began directly assisting enslaved people who were crossing over from the South into freedom. Andrew Diemer captures the full range and accomplishments of Still’s life, from his resistance to Fugitive Slave Laws and his relationship with John Brown before the war, to his long career fighting for citizenship rights and desegregation until the early 20th century.

Despite Still’s disappearance from history books, during his lifetime he was known as “the Father of the Underground Railroad.” Working alongside Harriet Tubman and others at the center of the struggle for Black freedom, Still helped to lay the groundwork for long-lasting activism in the Black community, insisting that the success of their efforts lay not in the work of a few charismatic leaders, but in the cultivation of extensive grassroots networks.  Through meticulous research and engaging writing, Vigilance establishes William Still in his rightful place in American history as a major figure of the abolitionist movement.

Andrew Diemer is an associate professor at Towson University. He earned his PhD from Temple University and is author of The Politics of Black Citizenship: Free African Americans in the Mid-Atlantic Borderland, 1817-1863, published by the University of Georgia Press in 2016.