As of July 6th, APS offices are open to staff and invited visitors. The Society will remain closed to the public until further notice. Library & Museum staff now have access to our collections and will respond to reference and photoduplication requests as soon as possible. However, please note that response times may be delayed due to increased demand. The Society will continue a robust slate of virtual programs throughout the fall. Read more about virtual programming and resources that can be accessed remotely. For further information on the APS reopening and its COVID response, please click here.

Spain and the American Revolution: New Approaches and Perspectives 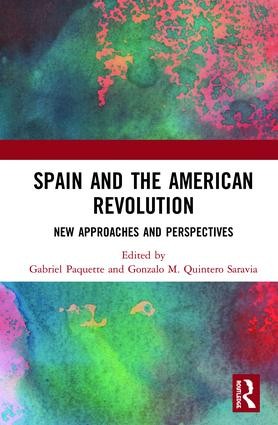 Though the participation of France in the American Revolution is well established in the historiography, the role of Spain, France’s ally, is relatively understudied and underappreciated. Spain's involvement in the conflict formed part of a global struggle between empires and directly influenced the outcome of the clash between Britain and its North American colonists. Following the establishment of American independence, the Spanish empire became one of the nascent republic's most significant neighbors and, often illicitly, trading partners. Bringing together essays from a range of well-regarded historians, Spain and the American Revolution: New Approaches and Perspectives contributes significantly to the international history of the Age of Atlantic Revolutions.

This event will take place on Wednesday, May 13 at 1:00 p.m. EDT via Zoom. Registration is free; please register online to attend.

The event will also include a book giveaway; winners will receive their books after the APS reopens. Tune into the program to find out more!

Gabriel Paquette is Professor of History and International Studies at the University of Oregon. He was Sons of the American Revolution Visiting Professor at King’s College London in 2017–2018.

This event is co-sponsored by the Sons of the American Revolution. The National Society of the Sons of the American Revolution is a non-profit, patriotic and educational organization, formed in 1889, and chartered by the United States Congress in 1906. This Congressional Charter was signed by President Theodore Roosevelt, who was a member of the SAR.