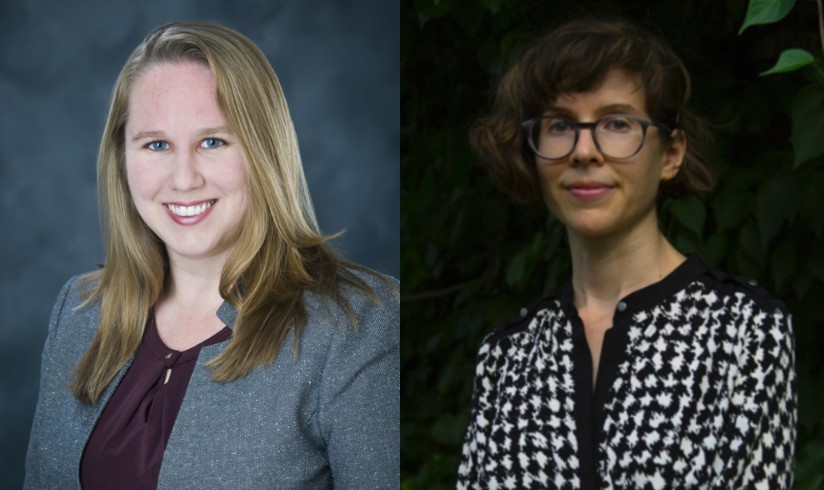 Throughout the 19th and early 20th centuries, the human mind captured the imagination of the American public. Efforts to reveal the subconscious and to understand mental physiology inspired the creation of new technologies, modes of experimentation, and collaborations that aspired to make visible the inner workings of the brain. These developments had profound impact on the production of scientific and medical expertise that continue to influence conceptions of race, gender, and mental illness in the present.

Join the American Philosophical Society and the Consortium for the History of Science, Technology, and Medicine for a conversation with historians of medicine Courtney Thompson and Alicia Puglionesi as they discuss their recent books on phrenology and psychical science.

In An Organ of Murder: Crime, Violence, and Phrenology in Nineteenth-Century America (Rutgers University Press, 2021), Courtney Thompson explores the origins of both popular and elite theories of criminality in the nineteenth-century United States, focusing in particular on the influence of phrenology. In the United States, phrenology shaped the production of medico-legal knowledge around crime, the treatment of the criminal within prisons and in public discourse, and sociocultural expectations about the causes of crime. The criminal was phrenology’s ideal research and demonstration subject, and the courtroom and the prison were essential spaces for the staging of scientific expertise. In particular, phrenology constructed ways of looking as well as a language for identifying, understanding, and analyzing criminals and their actions. This work traces the long-lasting influence of phrenological visual culture and language in American culture, law, and medicine, as well as the practical uses of phrenology in courts, prisons, and daily life.

Séances, clairvoyance, and telepathy captivated public imagination in the United States from the 1850s well into the twentieth century. Though skeptics dismissed these phenomena as fraudulent, a new kind of investigator emerged seeking to reconcile science with the supernormal. As curious Americans took up psychical experiments in their homes, the boundaries of the mind began to waver -- yet, through practices grounded in gender and racial difference, those boundaries were often reinscribed. In Common Phantoms: An American History of Psychic Science (Stanford University Press, 2020), Alicia Puglionesi brings these experiments back to life while modeling a new approach to the history of psychology and the mind sciences. A vast, troubled, and troubling experiment in democratic science, psychical research gave participants tools with which to study experience on their own terms. Academic psychology would ultimately disown this effort as both a scientific failure and a remnant of magical thinking, but its challenge to the limits of science, the mind, and the soul still reverberates today.

The event will take place on Wednesday, June 2 at 1:00 p.m. ET via Zoom. The event is free of charge, but registration is required to attend.

Alicia Puglionesi is an adjunct professor and writer living in Baltimore. She received her Ph.D. in the History of Medicine at Johns Hopkins University. Her writing has appeared in The Point, Atlas Obscura, and Motherboard, among others. She is the author of the novella Krall Krall (2013), the poetry chapbook Views from the National Forests (2014) and the book Common Phantoms: An American History of Psychic Science (2020).