Paul Myles, "The Rise of Thomas Paine and The Case of the Officers of Excise" 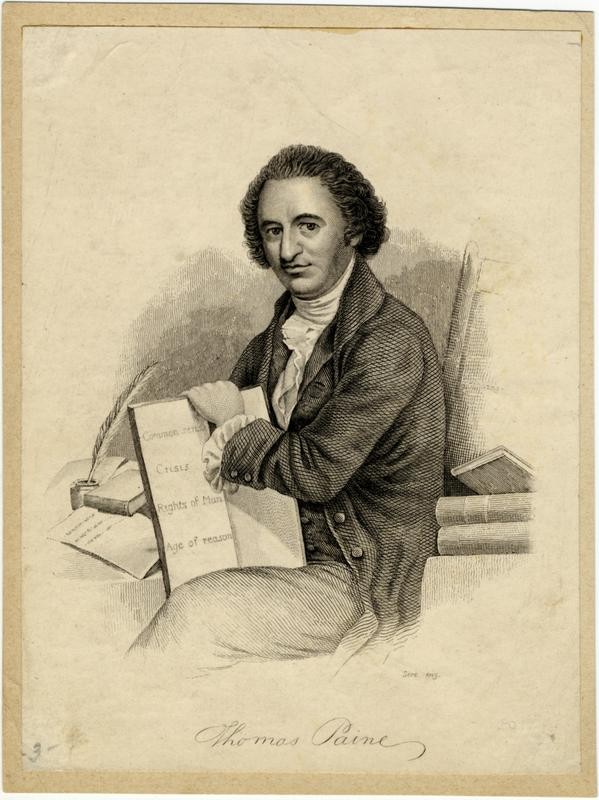 The APS Library & Museum is home to the Richard Gimbel Collection--one of the largest assemblages of manuscripts, correspondence, and other materials related to the life and writings of 18th century political philosopher Thomas Paine. But who was Thomas Paine?

Join us for a virtual lecture from Paul Myles, who tells the story of Paine's ideas in his recent book, The Rise of Thomas Paine and the Case of the Officers of Excise (Thomas Paine Society UK Publications, 2018).

Myles' account is the story of how an unknown and lowly Englishman came to be thrust onto the international stage with world-changing effect. While Thomas Paine is known by Americans as one of their founding fathers, he remains relatively obscure in the UK. Thomas Paine's skill as a writer was recognized by George Lewis Scott, a commissioner of Excise, who was at the height of English society. Scott had been trying to reduce the corruption that was endemic in the Excise Service, Paine had suffered it at first hand. This was in 1772 in Lewes, the County town of East Sussex while Paine was still just an outrider of Excise. Paine articulated the argument in his first pamphlet, but despite 4000 copies being printed the four years-long campaign came to nought. Paine left England for the North American colonies with a letter of introduction from Benjamin Franklin. Within a year Paine had written Common Sense, the document that kindled the War of Independence. Paine followed this with 13 Crisis papers that were highly influential in steadying the American troops in the fight against their mother country. This story uses previously unseen documents from the Treasury boxes in the National Archives in Kew. Several strands have been drawn together that show that the United Kingdom was incapable of managing an expanding empire along with the effects of monetary inflation at home. These two main factors, explained in some depth here, conjoined to result in the North American Colonies throwing off the shackles of British governance, clumsily administered from afar with a time lag of transatlantic travel.

The event will take place on Tuesday, April 7 at 11:00am EDT via Zoom. Registration is required.

Paul Myles is an engineer-turned-businessman, historian, and writer. He is an active member of the Thomas Paine Society UK, and has helped develop the Society's public reach and relationship with the University of St. Andrews. He is the author of The Rise of Thomas Paine and the Case of the Officers of Excise (2018), as well as co-author of Thomas Paine in Lewes 1768-1774, A Prelude to American Independence (PM Trading, 2009). He is also a lecturer at the Brighton and Sussex Medical School.

To learn more about Early American history collections and programming at the APS, please visit the page for the David Center for the American Revolution.

Revitalization Lexicography: The Making of the New Tunica Dictionary -- A Virtual Discussion with Patricia Anderson

Watching the Stars and Skies: Citizen Science in the Past

Waterworks, Wilds and the Wealth Divide: The Role of Lay People in Stormwater Management in Providence, RI - A Citizen Science Showcase