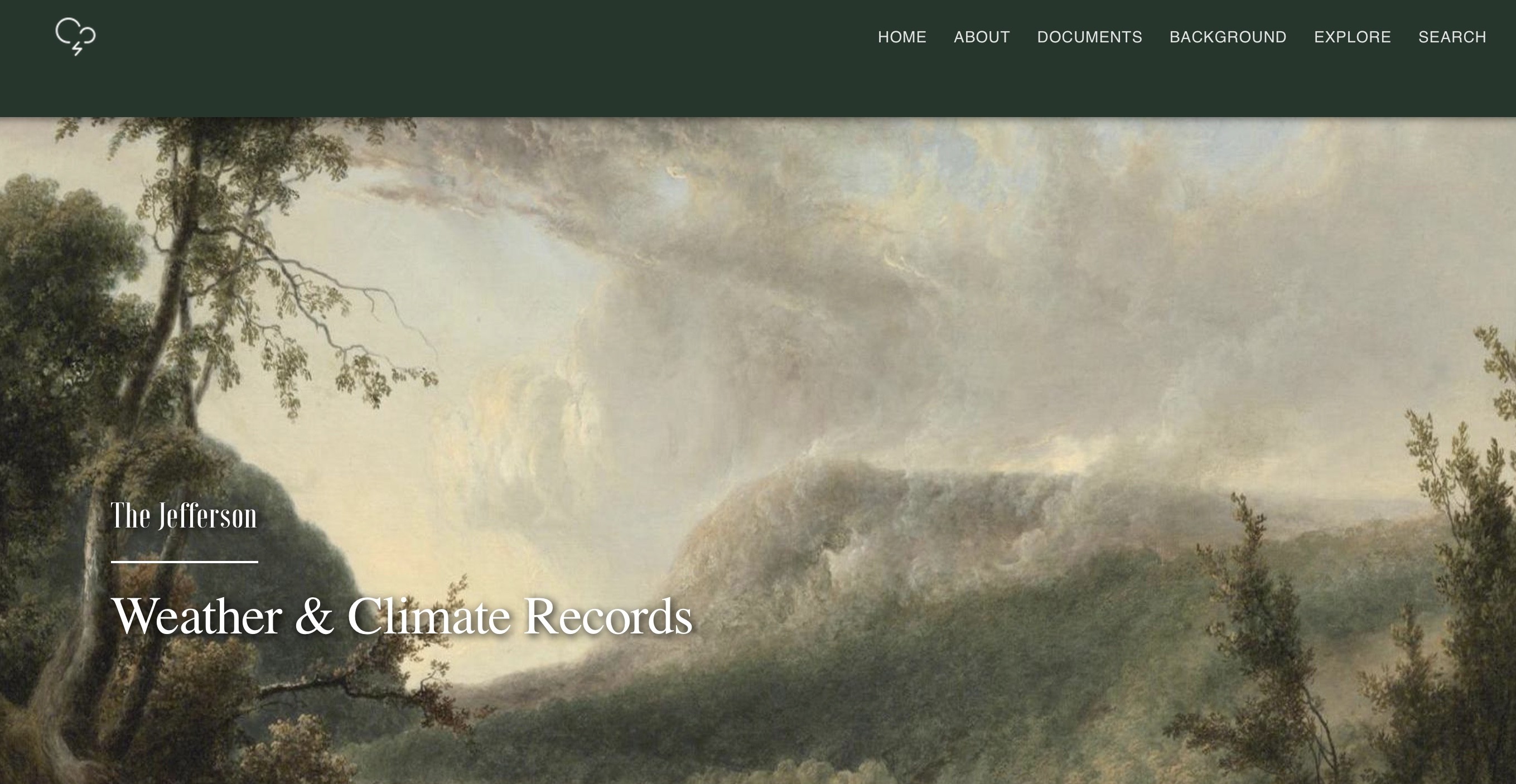 In this virtual discussion, James P. McClure will describe the collaborative effort of the Papers of Thomas Jefferson at Princeton University and the Center for Digital Editing at the University of Virginia that created a free-access online digital resource from the meteorological records kept by Thomas Jefferson over the span of half a century from July 1776 until his death in 1826. Jefferson’s records provide a wealth of information, not just about weather conditions but also about seasonal and natural cycles, such as the first appearance of migratory birds in the spring and the freezing of rivers in winter. The Jefferson weather records project is part of a larger digitization initiative, in which the APS has a leading role, that will provide access through a single online portal to Early American weather diaries at multiple repositories.

The event will take place on Wednesday, May 19 at 1:00pm EDT via Zoom. The event is free of charge, but registration is required to attend.

James P. McClure is General Editor and project director of the Papers of Thomas Jefferson editorial project at Princeton University. He has a doctorate in history from the University of Michigan, a master’s degree from the College of William & Mary, and a bachelor’s degree with a double major in history and political science from Utah State University. Early in his career he worked on editions of the papers of the American political figure Salmon P. Chase and the sculptor Daniel Chester French. He is a former president of the Association for Documentary Editing.