Free and open to the public.
Please RSVP here to attend. 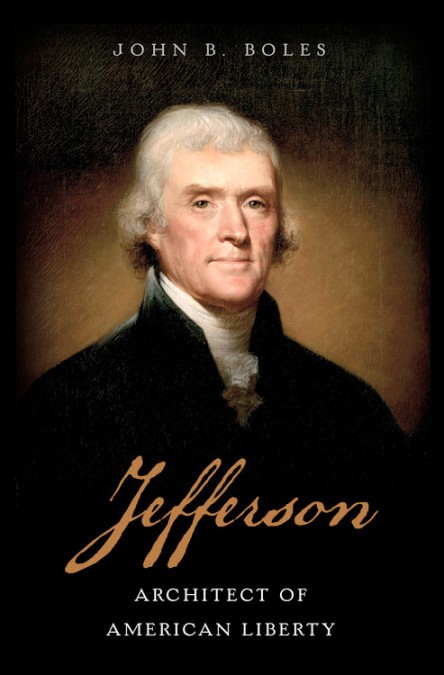 In honor of the American Philosophical Society's 275th anniversary, the Society's 2018 lecture series will feature talks inspired by the APS's history and the work of its Members. Our first talk is from John Boles, author of a celebrated new biography of Thomas Jefferson. 2018 will also be the 275th anniversary of Jefferson's birth.

Jefferson: Architect of Liberty plumbs every facet of Thomas Jefferson’s life, all while situating him amid the sweeping upheaval of his times. We meet Jefferson the politician and political thinker–as well as Jefferson the architect, scientist, bibliophile, paleontologist, musician, and gourmet. We witness him drafting of the Declaration of Independence, negotiating the Louisiana Purchase, and inventing a politics that emphasized the states over the federal government–a political philosophy that shapes our national life to this day.

John B. Boles is the William P. Hobby Professor of History at Rice University and the former editor of the Journal of Southern History.

Cataloguing Culture: Histories of Documentation in an Ethnographic Museum