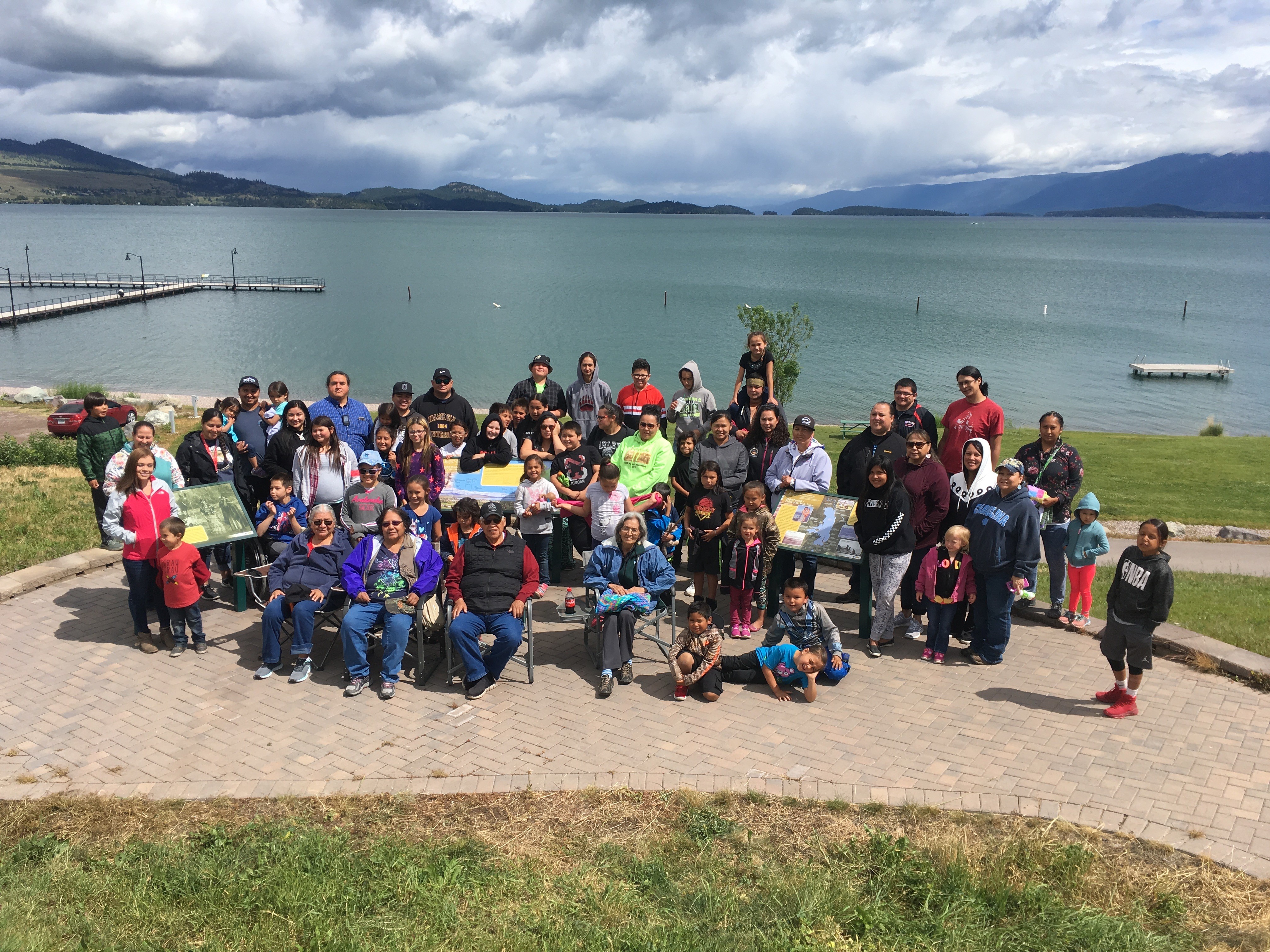 The speaker will be Thompson Smith, who will present a brief overview of the Séliš-Ql̓ispé (Salish-Kalispel) Ethnogeography Project — one of the most far-reaching Indigenous place-name projects in the world.

Thompson is the Coordinator of History and Ethnogeography Projects for the Séliš-Ql̓ispé Culture Committee (SQCC), a department of the Confederated Salish and Kootenai Tribes (CSKT). He is tasked with a wide range of SQCC projects in tribal history and geography, including books, articles, web-based materials, signs and historical markers (more than 80 are up as of 2020), museum exhibits, pamphlets and brochures, and presentations. SQCC books include The Salish People and the Lewis and Clark Expedition (University of Nebraska Press, revised ed. 2019). Smith served as historian for three CSKT projects blending science, history, and culture, Fire on the Land: Science, History, and Culture of Fire and Native People in the Northern Rockies, Explore the River: Bull Trout, Tribal People, and the Jocko River (both published as interactive DVDs by the University of Nebraska Press) and the “Living Landscapes” climate education project (digitally published in 2019 by the Confederated Salish and Kootenai Tribes, the National Aeronautics and Space Administration (NASA), and Salish Kootenai College. All three projects are now accessible online at http://fwrconline.csktnrd.org. Earlier, Mr. Smith and Roy Bigcrane (Séliš-Ql̓ispé) produced The Place of the Falling Waters (1991), an award-winning documentary film centered on the construction of Kerr Dam on the lower Flathead River during the 1930s (now freely accessible on YouTube: https://www.youtube.com/watch?v=tq6_UoLVErw&t=1235s, https://www.youtube.com/watch?v=gQXpBMNBpoc&t=194s, https://www.youtube.com/watch?v=THD370CUqag&t=50s).Mr. Smith earned his B.A., M.A., and M.Phil in American Studies at Yale University, where he is now a doctoral candidate.

To attend the seminar, please register via Zoom. While there will be no pre-circulated paper, we encourage you to explore the links included in Thompson's bio and the project description below.

For almost half a century, the Séliš-Ql̓ispé Culture Committee has systematically documented the place-names of the Séliš (Salish or “Flathead”) and Ql̓ispé (upper Kalispel or “Pend d’Oreille) people through deep work in oral history recordings, painstaking archival research (including extensive work in materials from the American Philosophical Society), and countless days of fieldwork with tribal elders. The project encompasses aboriginal territories some 500 miles wide on both sides of the Continental Divide in what is now the state of Montana (and parts of northern Idaho and eastern Washington). Some 1500 place-names will be the detailed in the forthcoming multi-volume atlas, Sk͏ʷsk͏ʷstúlex͏ʷ: Names Upon the Land. But the culture committee doesn’t want this material to gather dust on a shelf. The larger aim of the project is to return the place-names to daily life and to the land itself in public spaces — and that is already being accomplished, through dozens of interpretive signs, posters, highway signs, CDs and pamphlets, and web-based materials.

You can learn more about the Séliš-Ql̓ispé Ethnogeography Project here. This illustrated, footnoted, 30-page booklet providing a detailed overview of the project, our methodology, and what we are producing. Click on the "pop-out" icon at upper right to go to a larger display that is zoomable.