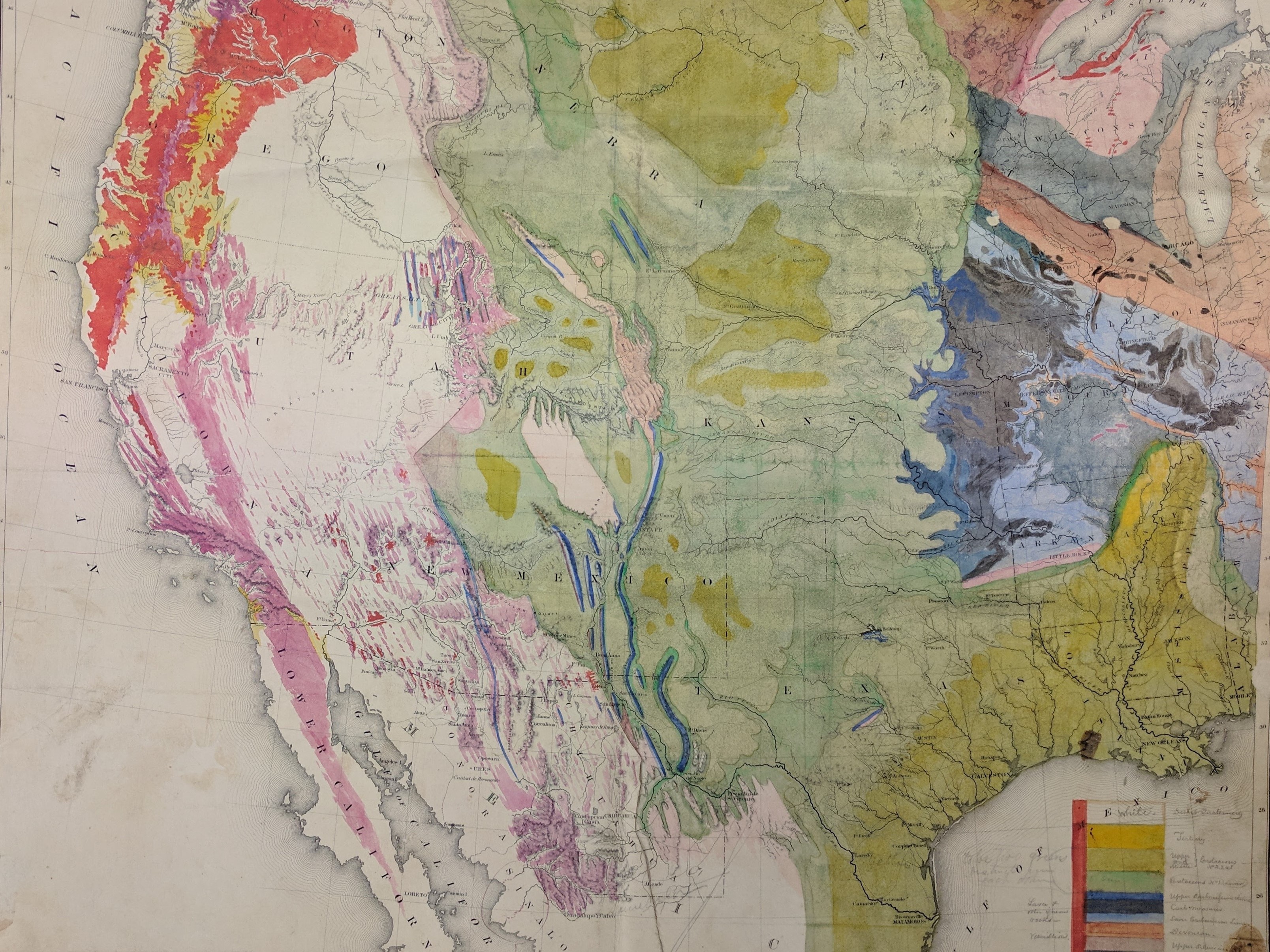 Join us for the final Fellows Showcase Lecture celebrating the work of the APS's 2020-2021 long-term fellows.

Gustave Lester, 2020-2021 Friends of the APS Predoctoral Fellow in Early American History (to 1840), will share a lecture on "Mineral Lands, Mineral Empire: Mapping the Raw Materials of U.S. Industrial Capitalism."

In the late nineteenth century, mineral resources were the crucial raw materials powering the global rise of US industrial manufacturing. Much of this material came from lands expropriated from Indigenous nations in trans-Appalachia in the first half of the 19th century. But how and when did US leaders come to believe that these lands contained an abundance of valuable minerals? After the War of 1812, a new political economy of economic independence—based on the cultivation of domestic industries and the integration of the resources of a territorially expanded home market—fused with longstanding settler colonial aspirations for the continent. At the same time, the subjects of scientific investigation increasingly revolved around the appraisal of continental environments being considered for acquisition and incorporation into an industrializing US empire. In this talk, Gustave Lester will discuss the political and economic contexts motivating and shaping the geological mapping of North America.

The event will take place on Tuesday, June 22 at 11:00am EDT via Zoom. The event is free of charge, but registration is required to attend.

Gustave Lester (he/him) is a Ph.D. candidate in the Department of the History of Science at Harvard University. He studies the history of the earth sciences in the context of nineteenth century North American settler colonialism and political economy. Working at the intersection of history of science, history of capitalism, early American studies, and Native American and Indigenous Studies, his dissertation, “Mineral Lands, Mineral Empire: Mapping the Raw Materials of U.S. Industrial Capitalism,” is concerned with how the global ascendancy of U.S. industrial capitalism in the late nineteenth century depended on the expropriation of specific North American mineral resources in the early nineteenth century. His research has received the generous support of several institutions, including the American Philosophical Society, the Huntington Library, the Weatherhead Center for International Affairs, the Linda Hall Library, the Geological Society of America, and the New York State Library and Archives. He received his B.S. in history and philosophy (minor) with honors from the University of Idaho.