Science, Freedom, and the Cold War: A Political History of Apolitical Science -- A Virtual Discussion with Audra Wolfe 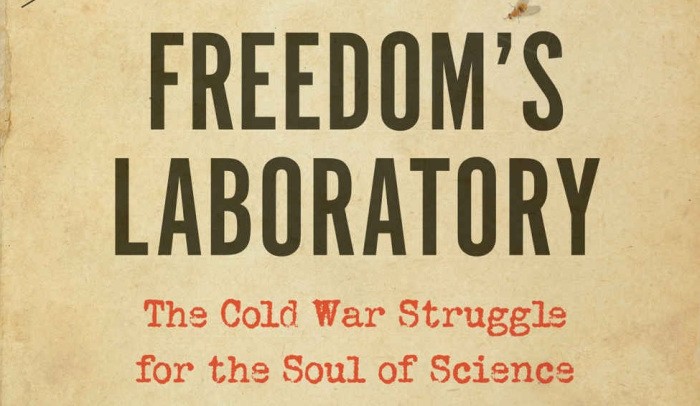 Why do so many U.S. scientists continue to lean on the language of apolitical science, even as political leaders display less and less interest in scientists’ claims to expertise, or even the existence of facts? In a new book, Freedom’s Laboratory: The Cold War Struggle for the Soul of Science, historian Audra J. Wolfe suggests the answer lies in Cold War propaganda.

From the late 1940s through the late 1960s, the U.S. foreign policy establishment saw a particular way of thinking about scientific freedom as essential to winning the global Cold War. Throughout this period, the engines of U.S. propaganda amplified, circulated, and, in some cases, produced a vision of science, American style, that highlighted scientists’ independence from outside interference and government control. Working (both overtly and covertly, wittingly and unwittingly) with governmental and private organizations, U.S. scientists tried to come to terms with the meanings of “scientific freedom” and “U.S. ideology.” More often than not, they ended up defining scientific values as the opposite of Communist science. Science, in this view, was apolitical.

The Cold War ended long ago, but the language of science and freedom continues to shape public debates over the relationship between science and politics in the United States.

Join us for a virtual conversation with Audra Wolfe as we discuss the Cold War, current events, and why science is never apolitical.

The event will take place on Wednesday, September 16 at 1:00pm EDT via Zoom. The event is free of charge, but registration is required to attend.

Audra J. Wolfe, Ph.D. is a Philadelphia-based writer, editor, and historian. She is the author of Freedom’s Laboratory: The Cold War Struggle for the Soul of Science (2018) and Competing with the Soviets: Science, Technology, and the State in Cold War America (2013). Her articles have appeared in both scholarly and more popular venues, including the Washington Post, The Atlantic.com, Slate, and the podcast American History Tellers.