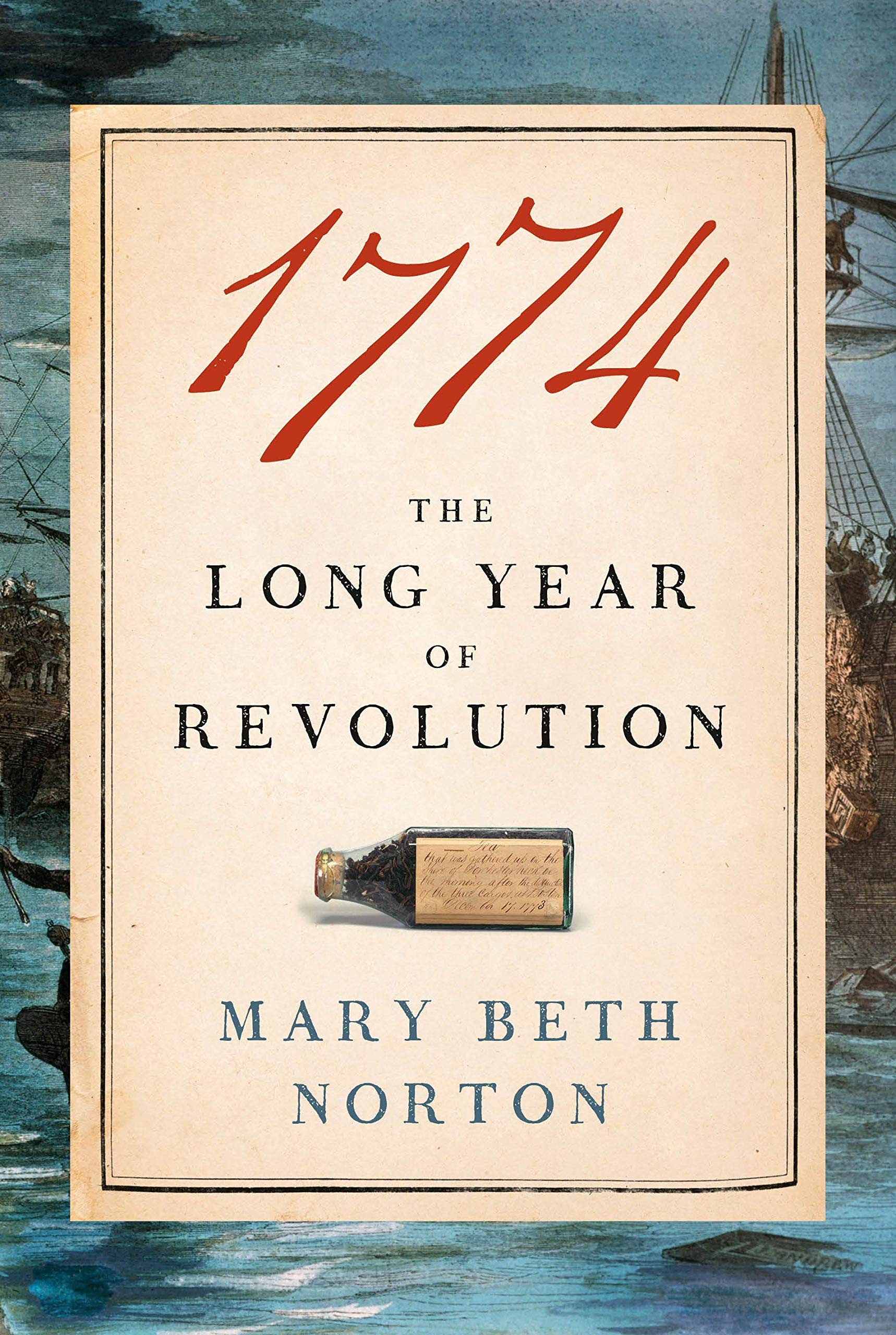 Co-hosted with the Carpenters' Company, this event will feature Mary Beth Norton on her new book 1774: The Long Year of Revolution. 1774 is the first to look at the critical “long year” of 1774 and the revolutionary change that took place from December 1773 to mid-April 1775, from the Boston Tea Party and the first Continental Congress to the Battles of Lexington and Concord.

The book looks at the 16 months during which the traditional loyalists to King George III began their discordant “discussions” that led to their acceptance of the inevitability of war against the British Empire and to the clashes at Lexington and Concord in mid-April 1775.

Drawing extensively on pamphlets, newspapers, and personal correspondence, Norton reconstructs colonial political discourse as it happened, showing the vigorous campaign mounted by conservatives criticizing congressional actions. But by then it was too late. In early 1775, governors throughout the colonies informed colonial officials in London that they were unable to thwart the increasing power of the committees and their allied provincial congresses. Although the Declaration of Independence would not be formally adopted until July 1776, Americans, even before the outbreak of war in April 1775, had in effect “declared independence” by obeying the decrees of their new provincial governments rather than colonial officials.

Mary Beth Norton (APS 2010) is the author of five books and co-editor of several others. Her textbook, A People and a Nation, a survey of U.S. history written with five other authors, has been published in ten editions and has sold more than 500,000 copies. Norton is the Mary Donlon Alger Professor Emerita of American History at Cornell University.

Book Launch: The Power of Maps and the Politics of Borders

The Science of Abolition