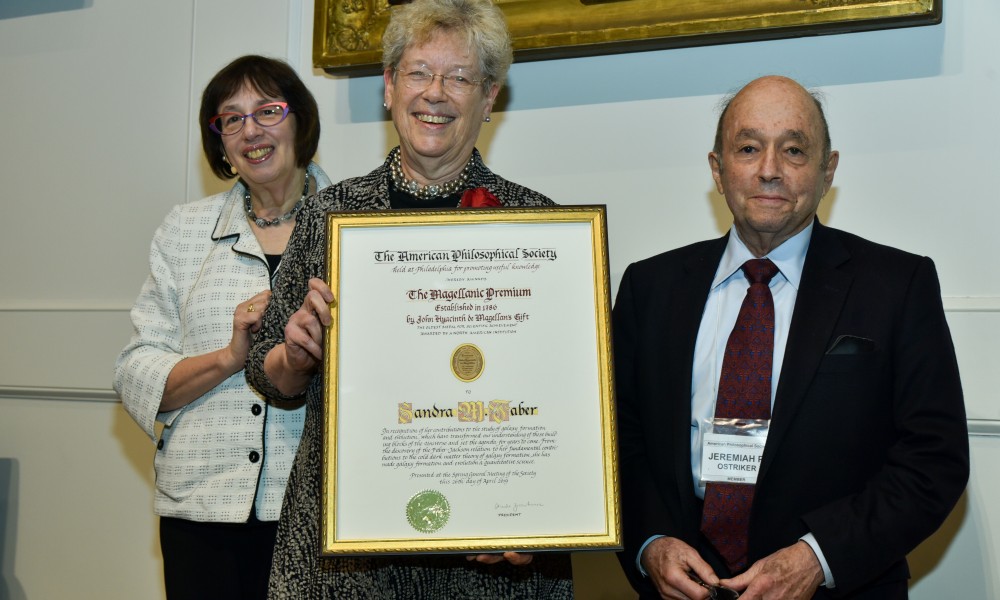 Sandra Faber has been one of the leading optical astronomers since the 1970s whose contributions changed the study of galaxies from a qualitative to a quantitative science. Her observations and analysis showed the quantitative relations among mass, size, velocity dispersion, stellar populations and resident black holes in the massive elliptical galaxies that are the bedrock of extragalactic astronomy.  Among the earliest observers to recognize the prevalence and importance of dark matter, she also was among the earliest to note how feedback from supernova winds would alter the evolution of galaxies. Her numerous prescient contributions form the basis on which modern understanding of galaxy evolution now stands.

The award was established from a gift of 200 guineas by John Hyacinth de Magellan, of London, in 1786, “for a gold medal to be awarded from time to time under prescribed terms, to the author of the best discovery or most useful invention relating to navigation, astronomy, or natural philosophy (mere natural history only excepted).”  The medal, named the Magellanic Premium, was first awarded in 1790.   It is the oldest medal recognizing scientific achievements given by a North American institution.