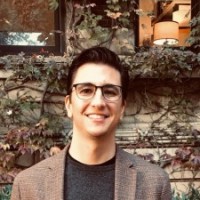 Timothy Bowers Vasko (Andrew W. Mellon Foundation NASI Postdoctoral Fellow) completed his Ph.D in Government at Cornell University with a specialization in Political Theory, Indigenous Studies, and Africana Thought in 2018. His research focuses on the connection between the history of social and political thought and the establishment of colonial governance in the Americas in the early-modern period. His current manuscript is titled The Invention of the Indigene: Native Information and Doctrines of Discovery in the Early-Modern Americas. This project tracks the invention of the categories of "native" and "indigenous" in the early-modern period. It argues that they were the products of efforts to recognize indigenous peoples’ legal personhood. This project formed the basis of justifications for colonial expansion into the Americas during the 16th and 17th centuries, known as the “Doctrine of Discovery.” He was most recently a Term Assistant Professor of American Studies at Barnard College in New York. His work has been published in the journals History of the Human Sciences, Settler Colonial Studies, and in the edited volume Politics of African Anticolonial Archives.

Research Project: “The Invention of the Indigene: Native Information and Doctrines of Discovery in the Early-Modern Americas"