Life of a Journalist

What does truth have to do with journalism? How has the profession evolved over the last half-century?

On this episode, host Dr. Patrick Spero talks to Linda Greenhouse about these very questions. Greenhouse is an APS Member and current President of the Society. But she is also a Pulitzer Prize-winning journalist who covered the Supreme Court for The New York Times and the Joseph Goldstein Lecturer in Law, Senior Research Scholar in Law, and Knight Distinguished Journalist in Residence at Yale University. In this interview, Dr. Spero references Greenhouse's 2013 talk at the APS Meetings (below) and her recent book, Just a Journalist: On the Press, Life, and the Spaces in Between (Harvard University Press, 2017).

Newspapers in the APS Collections 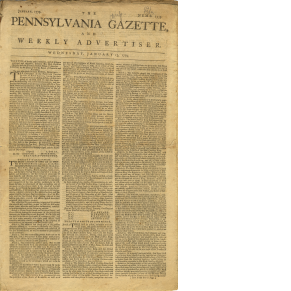 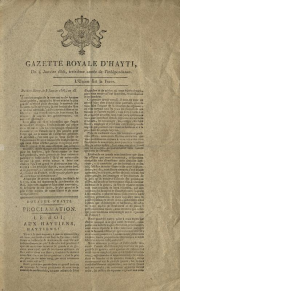 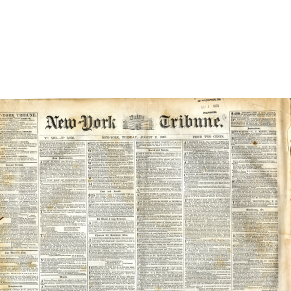 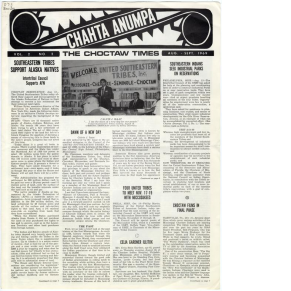 Newspapers in the APS Collections

Benjamin Franklin and business partner Hugh Meredith purchased in The Pennsylvania Gazette from Samuel Kreimer in 1729. They would turn it into one of the most successful and well-known periodicals in the eighteenth century Americas. Franklin and Meredith printed the Gazette twice per week and the paper featured news reports copied from European sources. In addition, Franklin published essays by readers including many that Franklin himself wrote under various pseudonyms.

Franklin printed the Treaties of Amity and Commerce and Alliance on the front page of this issue, published in 1779. Delegates from the U.S. and France signed these agreements during the Revolutionary War to establish a relationship of mutual commerce and defense.

Within the Society’s millions of pages of printed materials, are twelve issues of La Gazette Royale d’Hayti. Three years after Haiti won its independence from France (1804) the island split a northern and southern state. In 1811, the northern president Henry Christophe declared himself a king and established a monarchy in the north. The title of the state-published newspaper, La Gazette Royale d’Hayti reflects the change in governance.

This particular issue celebrates the thirteenth anniversary of Haiti’s independent, won in 1804. It also marks the first time that the national motto, “L’Union fait la Force,” appears in La Gazette. “L’Union fait la Force,” or “Unity makes strength” remains Haiti’s national flag to this day. This issue records Henry’s address to the people on January 1, 1816 in the Royal Palace of San Souci where he recounts the many improvements in finance, the military, education, international trade, and the arts that the Haitians have made since their independence. For more information and transcriptions for this issue and others, visit Professor Marlene Dout’s digital project: La Gazette Royale d’Hayti.

The New York Times was not always the biggest newspaper in New York City. In the 1850s, The New York Tribune, published by Horace Greeley, reached a subscription base of 200,000 giving it the largest circulation base of any daily paper in New York. The Tribune assembled an impressive cast of writers and editors, maintaining Karl Marx as the London correspondent for several years. It was one of the first publications to send journalists to report on the Civil War and generally expressed an anti-slavery and Republican viewpoint during the war. In 1924, it merged with the New York Herald to become the New York Herald-Tribune. After a few more mergers, the last issue of its descendant publications was published in 1967.

The front page of this issue from August 2, 1853 is mostly classified ads, offering job opportunities for household staff and salesmen, businesses and buildings for sale, and schools offering spots for pupils. About halfway down the third column, there is an interesting notice offering $1,000 reward for information regarding a bank robbery in Jersey City where thieves made off with over $8,700!

The American Philosophical Society has one of the largest collections of North American Indigenous language materials in the country. So it's no surprise that among those materials are newspapers like Chahta Anumpa or The Choctaw Times. This particular issue, covering August to September 1969, covers a range of community and political topics.

The front page of this issue features a story about the Alaska Federation of Natives (AFN) in their fight for clear title to their lands. Under the Organic Act of 1884, Congress provided for a rudimentary system of civil government in Alaska and basic protection of Native lands. That said, the Act left the means of conveying title to those lands to “future legislation of Congress,” which left the legal possession of Native lands open for over 100 years. The editors of Chahta Anumpa urged their readers to write to the Interior Committee of the House and Senate to pass legislation that would resolve Native Alaskans’ claims to the land. The activism of Native Alaskans and groups as far-flung as the readers of Chahta Anumpa resulted in the Alaska Native Land Claims Settlement Act of 1971. The bill conveyed around 40 million acres and $1 billion dollars to Native peoples in Alaska.