The Life and Times of J. Robert Oppenheimer

Nuclear Development in the APS Collections 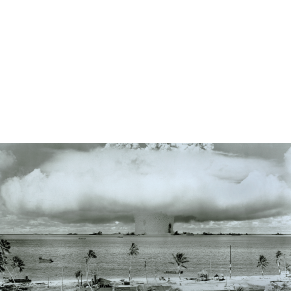 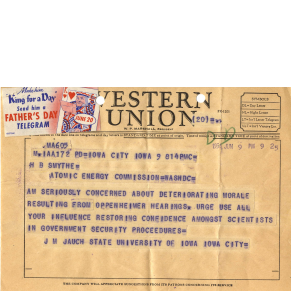 Telegram from scientist at University of Iowa, 1954 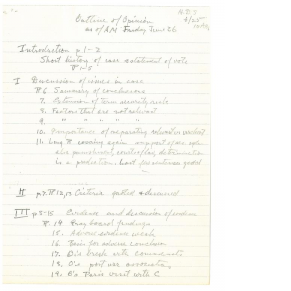 Dissenting opinion of HDS in the matter of J. Robert Oppenheimer, 1954 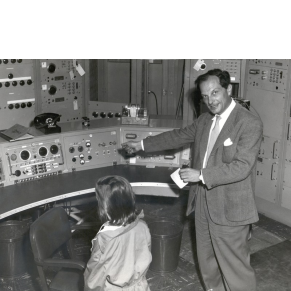 Nuclear Development in the APS Collections

Just after World War II, the US tested the effects of nuclear weapons on warships.

After forcing 167 Bikini islanders to evacuate, the US army exploded two atomic bombs. This photograph was taken two seconds after detonation of one of the bombs. The warship that can be seen standing on end (note red circle in second photo) gives an idea of the power of the blast. The Bikini Atoll islands are still uninhabited due to radioactive contamination. Many scientists who developed nuclear energy and the atomic bomb were Members of the APS. 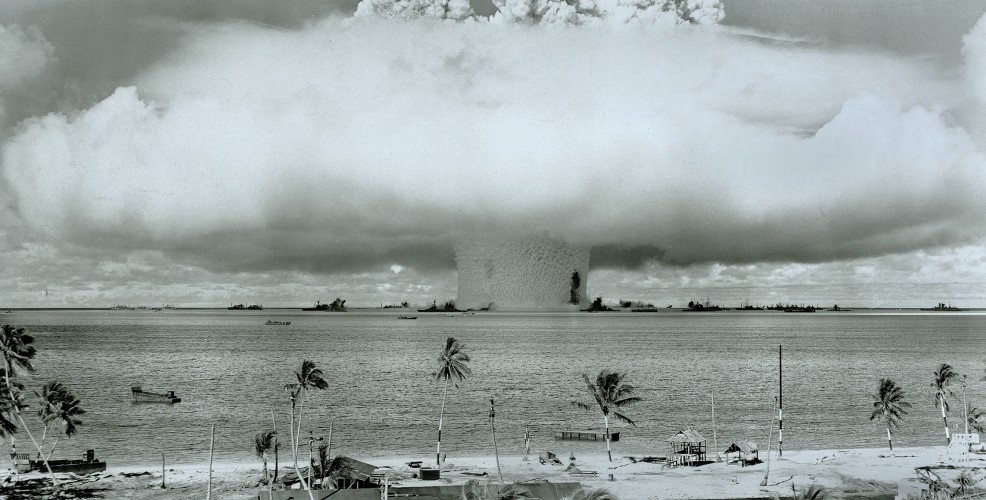 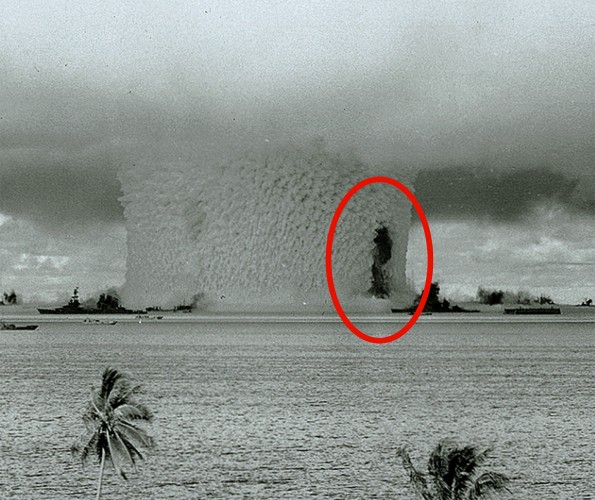 Telegram from scientist at University of Iowa, 1954

During J. Robert Oppenheimer's security clearance trial, numerous scientists from around the United States wrote to Henry DeWolf Smyth to express their feelings on the case. Smyth was a member of the Atomic Energy Commission and his dissenting opinion in the case can be seen in this exhibition. In this telegram, dated from June 1954, a professor at the University of Iowa warns Smyth that he is "serious concerned about the deteriorating morale resulting from Oppenheimer hearings." He urges Smyth to restore hope in the scientific community surrounding the government's security measures.

Dissenting opinion of HDS in the matter of J. Robert Oppenheimer, 1954

As the McCarthy era was reaching its pinnacle in the early 1950s, Lewis Strauss, Chairman of the Atomic Energy Commission (AEC), began to express doubts about the loyalty of J. Robert Oppenheimer to President Eisenhower. The President responded by restricting Oppenheimer’s access to classified information. After a series of hearings, the Commission voted four-to-one against reinstating Oppenheimer’s clearance. The lone dissenter was Henry DeWolf Smyth.

Smyth was a physicist who played a significant role in the development of American nuclear power during and after WWII. In his dissent, Smyth argued that the six episodes used as evidence against Oppenheimer were trivial at best and that his contributions to the atomic energy program outweighed his security risk. Smyth’s papers contain numerous drafts and outlines (like the one pictured here) of his dissent. Each draft includes the date and time in the upper right corner of the page.

The Society’s holdings are full of the papers of scientists who worked on government-sponsored research during WWII, particularly those who worked on atomic projects. Stanislaw Ulam was one of those scientists, pictured here with his daughter at Los Alamos National Laboratory. Born in Poland and trained as a mathematician, Ulam immigrated to the United States in the late 1930s to take fellowships at the Institute for Advanced Studies and Harvard University.

During the war, Ulam was recruited to work at Los Alamos Scientific Laboratories on the Manhattan Project. Ulam helped carry out calculations that led to the proper design of an implosion atomic bomb. In addition, he worked with physicist Edward Teller to design a hydrogen bomb, a design which is believed to underlie all thermonuclear weapons today. Ulam may have had a personal, in addition to patriotic, reason for his work on nuclear weapons. His parents and siblings, with the exception of his brother Adam who had matriculated at Brown University in 1940, were killed at the hands of the Nazis in Poland during the war.

In this photograph, Ulam is shown with his daughter Clare at Los Alamos National Laboratory in 1955, ten years after the end of the war.